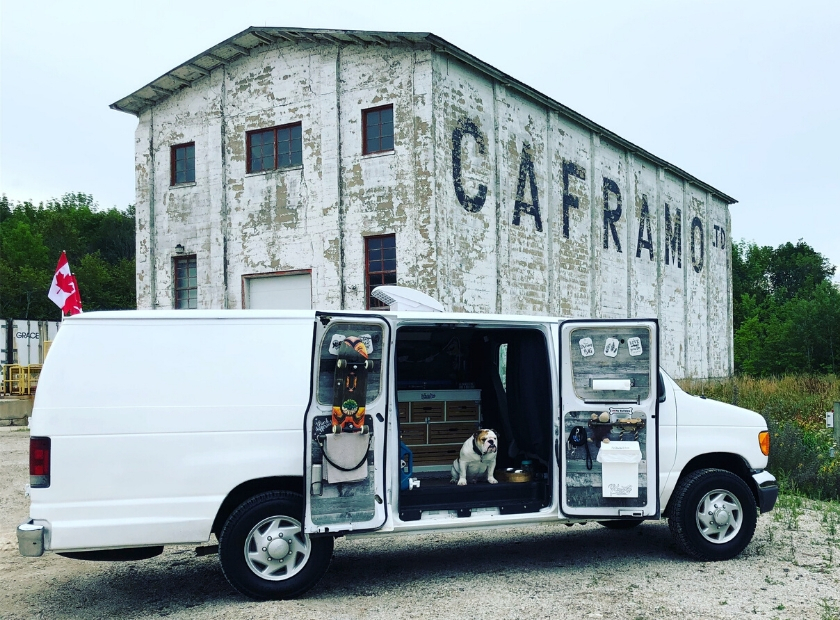 Some people shy away from a camera in favour of the private life. Chrome, or @VanCityVanLife, is the opposite. Every day for him is another day in front of the camera. When you spend time with him, you’ll see he has trouble focusing on any one thing, because if there’s a good shot around and he’s not filming it, he’s thinking about it. In a world of over-sharers, he’s king supreme share. And you know what? It’s working for him.

With 80,000 YouTube subscribers and thousands of views across all his videos, it’s obvious Chrome’s doing something right. He’s not over-sharing; he’s got his own brand of sharing that people want in their lives. His daily updates are like episodes (he’s on season 3), and there’s a definite appeal to watching his journey unfold from the beginning. This is what YouTube was made for, which is why Chrome is undeniably a YouTube star.

Back in May, Chrome bought a Sirocco II fan to get some air circulating around the inside of his van. He was so impressed with the fan’s functionality; he dedicated the larger part of a video to it. It took us a little while to come across the review, but when we did, we got in touch right away to express our gratitude. Plus, we wanted to make sure he had the Sirocco II Elite.

Cut to the end of August and we’re still in touch as Chrome makes his way across Canada for his summer #vanlife tour. When we found out he was going to be in Ontario, we started seeding little ideas about where his trip should take him. The good thing about vanlife, at least the way Chrome lives it, is that planning is never really a priority. So, when we suggested visiting Manatulin Island, putting his van on the Che Chemaun, heading to Tobermory and driving to Caframo in Wiarton, he was like: “okay, sounds fun.”

If you watch the video and read the comments, you’ll note a lot of people tell Chrome he’s like a kid in a candy store. It’s true, Chrome was very excited to see where his fan was made, learn about our other products and see our facility. But then, Chome’s always excited. It’s undeniable that Chrome has found his niche in life and he’s happy about it, just like a kid in a candy store. It’s a special thing to see and be around, and we were thrilled he chose to spend a day with us.